Rangers midfielder Andy Halliday believes that Steven Gerrard has improved the football IQ of everyone within the Gers squad following his appointment at Ibrox during the summer.

Halliday made only his second start in the Scottish Premiership this season as Rangers registered their first win away from home in the competition at the SuperSeal Stadium against Hamilton on Sunday.

The midfielder was deployed at left-back by Gerrard and clocked the full quota of 90 minutes as the Light Blues registered a 4-1 win courtesy of goals from Ryan Kent, James Tavernier, who bagged a brace from the penalty spot, and Alfredo Morelos.

The 27-year-old was the subject of praise from Gerrard, who suggested after the game that the midfielder has not let him down at any stage during the season. 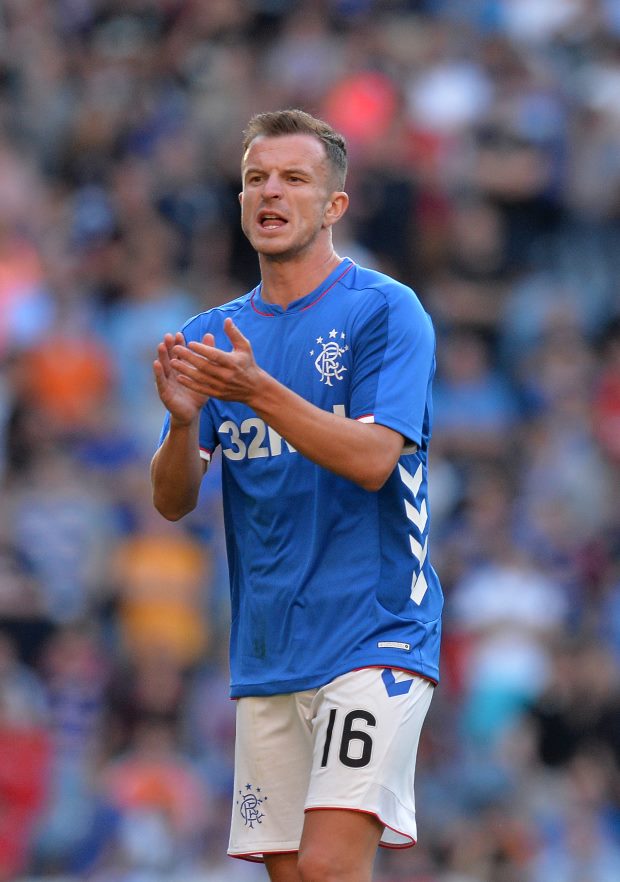 And Halliday is feeling the benefits of playing under Gerrard, as he is sure his team-mates are, with the midfielder believing that the Liverpool legend has improved the football IQ at Ibrox, something which started in pre-season.

“Our football IQ, as I like to call it, came on leaps and bounds”, Halliday was quoted as saying by the Evening Times.

“I feel the application put in over every single day is the reason we are reaping benefits now.

“We know there is a long way to go, but we have come on a lot this year.

“The European run we have had so far has been a massive bonus and something the club had been looking forward to”, he added.

Rangers will next face Spartak Moscow in their Europa League Group G clash at Ibrox on Thursday.