Researchers from the University of California (UC) Riverside and UC Irvine have developed a new IQ test kit. The test is reliable, takes only 10 minutes, and it’s completely free. 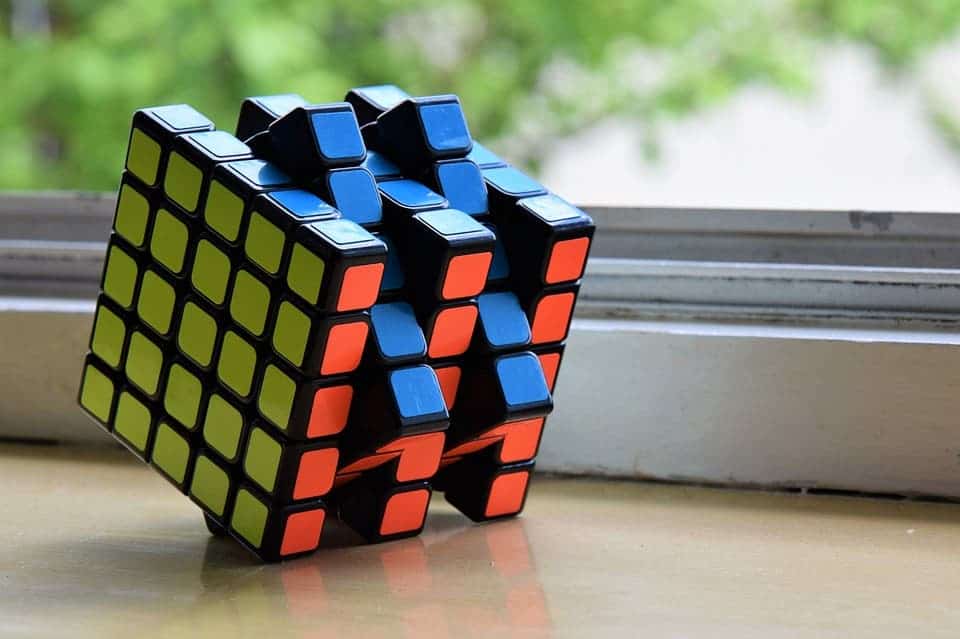 This is the customary cliche for ‘intelligent’, right?
Image credits Urh Kočar.

The most commonly-used IQ measuring tool used today is the Advanced Progressive Matrices, or APM, developed by John C. Raven in 1936. It’s a cross-referenced tool that has stood the test of time, making it a benchmark in its field. It’s not without flaws, however: it takes between 40 to 60 minutes to complete an APM test. Furthermore, a single kit and its answer sheets can cost up to hundreds of dollars — which is quite pricey.

That’s why a team of UC researchers set out to make their own test.

I’m you, but shorter (and free)

The new test, christened the University of California Matrix Reasoning Task (UCMRT), is actually highly comparable to the APM. However, it’s much shorter, taking only 10 minutes to complete. The UCMRT measures “fluid intelligence” — intelligence that is not dependent on pre-existing knowledge and is linked to reasoning and problem solving– and works on tablets and other mobile devices. Most importantly, it’s a reliable tool for measuring nonverbal problem-solving skills, the team says, which is a good predictor of academic proficiency.

The UCMRT offers three alternate versions, allowing the test to be used three times by the same user. The APM only has a single version.

“Performance on UCMRT correlated with a math test, college GPA, as well as college admissions test scores,” said Anja Pahor, a postdoctoral researcher who designed UCMRT’s problems and works at both UC campuses.

“Perhaps the greatest advantage of UCMRT is its short administration time. Further, it is self-administrable, allowing for remote testing. Log files instantly provide the number of problems solved correctly, incorrectly, or skipped, which is easily understandable for researchers, clinicians, and users. Unlike standard paper and pencil tests, UCMRT provides insight into problem-solving patterns and reaction times.”

Raven’s APM, while reliable, is often more of a liability in studies. It’s much too expensive, requires a lot of time to complete (which puts many volunteers off), and provides the same set of questions each time — meaning it isn’t very useful for repeat testing. However, there simply weren’t any viable cross-validated alternatives to the APM. Pahor and her co-authors decided to develop the UCMRT following their experience with the test. The test’s design is largely based on matrix problems generated by Sandia National Laboratories. The UCR Brain Game Center wrote the code for the problems. 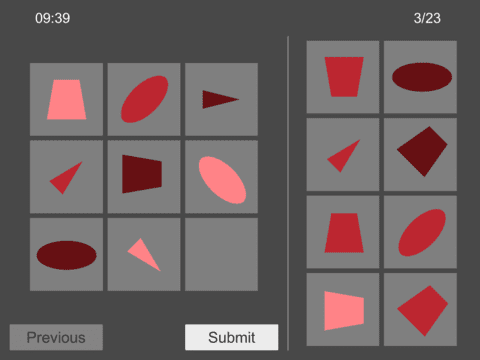 The test only has 23 problems for individuals to tackle, whereas the APM has 36. Still, the team’s testing revealed that both work equally well. UCMRT was tested on 713 students, of whom about 230 took both tests. The UCMRT results correlated with “APM about as well as APM correlates with itself,” Pahor said. In fact, there’s one area where the new test takes the cake:

“UCMRT predicts standardized test scores better than Raven’s APM,” said Aaron Seitz, a professor of psychology at UCR and paper co-author. “Intelligence tests are big-money operations. Companies that create the tests often levy a hefty charge for their use, an impediment to doing research.”

“Our test, available for free, levels the playing field for a vast number of researchers interested in using it.”

The design of the UCMRT allows the inclusion of variants that can be used for different age segments of the population, the team adds. Visual appeal was also prioritized when designing the problems, to help keep participants motivated during each task. The UCMRT also comes with a few practice problems to get everybody into the groove before the actual testing begins.

“We are motivated by helping the scientific community and want to create versions of UCMRT for different age groups and abilities,” Seitz added. “This test could help with early intervention programs. We are already working on a project with California State University at San Bernardino to move forward with that.”

Among other future plans, the team also wants to design non-English versions of the UCMRT.

The paper “Validation of a matrix reasoning task for mobile devices” has been published in the journal Behavior Research Methods.