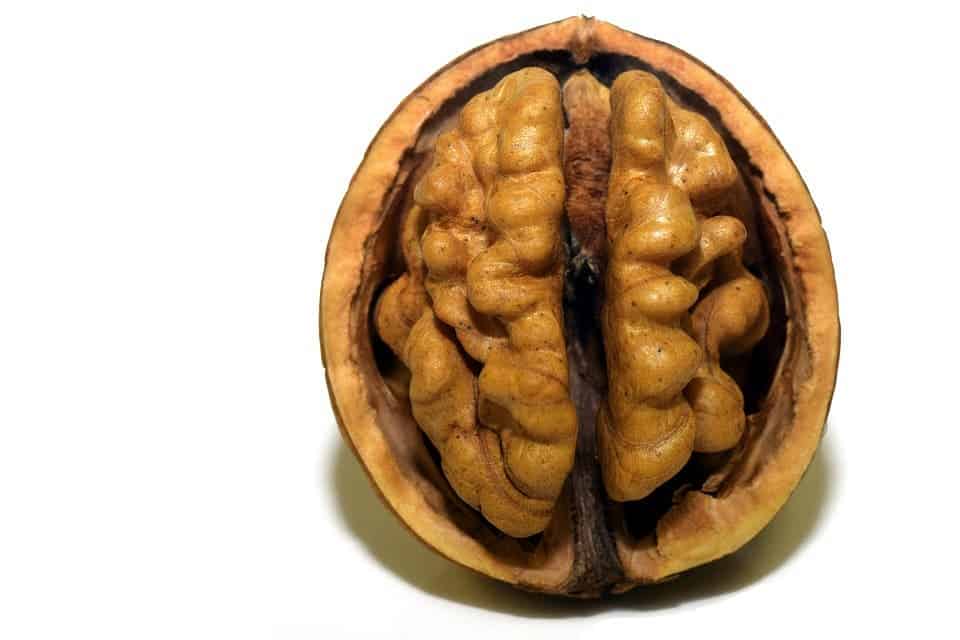 Children who demonstrate superior scores on intelligence quotient (IQ) tests tend to show higher levels of educational attainment, acquire more venerated occupational status, and earn higher incomes than children with inferior scores. As such, understanding the underlying biological and psychological mechanisms of intelligence is important in order to bring up the full potential of an individual.

Modern studies have shown the intelligence is not fixed at birth, but rather fluctuates as the brain matures. Adolescents are particularly subjected to intelligence plasticity. But if such is the case, all of this begs the question, can you improve your IQ?

Early scholars used to think that intelligence was hereditary and fixed. Most now agree that upbringing and education also play major roles — by how much has been a matter of debate, however.

Studies comparing identical and fraternal twins found that about half of IQ can be explained by genetics. The other half of variability in IQ is attributed to the environment.

The challenge in separating genetics from the environment lies in the fact that it’s difficult to isolate educational factors. For instance, a smarter person will be inclined to stay more in school and earn more years of education than a person who is less mentally equipped. According to a 2018 meta-analysis that blended the results of 28 studies, totaling 600,000 participants, each added year of education lifted the participants’ IQ scores, on average, between 1 and 5 points.

Interestingly, humans are getting smarter. Average intelligence levels, as measured by standardized intelligence tests, have steadily risen since the early 20th century. According to one study involving more than 4 million people in 31 countries, people have been gaining 3 IQ points every decade or roughly 10 IQ points per generation. This phenomenon is known as the “Flynn effect”, after scientist James Robert Flynn, who first documented the observation in the 1980s. There’s not one satisfying explanation but some factors contributing to the effect may include improvements in nutrition, expansion of formal schooling, increases in average educational attainment, environmental improvements (i.e. less lead exposure), and shrinking family size, which allows more focus on the education of each child.

Gains in IQ scores in the US over the last 50 years. Credit: What Is Intelligence?: Beyond the Flynn.

Intelligence is typically measured as Intelligence Quotient (IQ). IQ describes an individual’s average performance on a range of standardized tests spanning multiple domains, compared to the performance of a representative sample of people the same age.

Interestingly, the Flynn effect can also work backwards. New research by Robert Flynn suggests that IQ scores in Scandinavian countries are showing a decline of about 6.5 IQ points per generation — from a very high baseline, it’s important to mention. Elsewhere, the pace of IQ improvements is slowing down, suggesting that a peak followed by a reversal may be in store. Gains in IQ scores in the US over the last 50 years. Credit: What Is Intelligence?: Beyond the Flynn.

It’s not clear yet exactly how education might increase IQ scores, or whether the effects of schooling build up with each passing year (So don’t assume that earning a four-year degree is going to pump up your IQ score by 20 points). Furthermore, IQ and general intelligence are not the same thing, although they may correlate.

While IQ is a useful metric, it never measures intelligence directly, so schooling might only improve particular skills that match up with the kind of tasks found in IQ tests, as opposed to a broader improvement in general cognitive ability.

What about brain training — does that work? The billion-dollar industry claims that cognitive tests and training programs can boost fluid intelligence, but the evidence is sketchy at best, at least as far as mainstream programs go. Cognitive training is loosely defined as regularly engaging in a cognitive task, such as memorizing a list of words, a set of pictures, or a certain route to a particular target. One study found that participants who played brain training games developed by Luminosity bumped up their IQ by five to ten points — but only if they believed the training would have an effect on their cognition. In other words, a lot of the benefit of these games may be all in our heads, kind of like a placebo effect.

There are some instances in which brain training — but necessarily the kind marketed by companies on the internet — seems to boost some cognitive aspects. In 2017, researchers at John Hopkins University found that the “dual n-back” memory sequence test, in which people have to remember constantly updating sequences of visual and auditory stimuli, improved participants’ working memory by 30%.

Perhaps the most promising form of brain training is relational skill training, which a 2016 study showed can boost IQ and scholastic aptitude. Relational aptitude does not refer to interpersonal social interactions but rather to the competence in dealing with a wide variety of abstract relationships between things in our environment. For instance, Relational Frame Theory (RFT) states that understanding that the opposite of an opposite relation is the same relation, or that if A is more than B then B must be less than A.

Cassidy et al. performed several months of an intensive training intervention based on RFT on fifteen children aged 11 to 12 in order to improve their understanding of the relations Same, Opposite and More and Less. The results were impressive (23 IQ points rise on average), to say the least, as summarized by the graphic below. 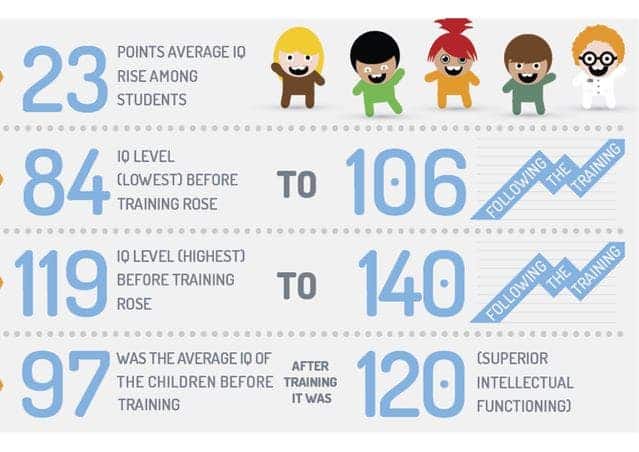 Another study published in the British Journal of Educational Psychology picked off from where Cassidy et al. left off. The researchers split 28 children aged between 10 and 11 into two groups. One group was assigned to SMART (Strengthening Mental Abilities with Relational Training), which taught the children to derive complex relationships between nonsense words across thousands of examples and using trial-by-trial feedback (e.g., Cug is the same as Vek, Vek is opposite to Mer, Mer is opposite to Gew, Is Cug the same as Gew?). The second group was assigned to ScratchTM training, an online computer coding training programme produced by the Massachusetts Institute of Technology. Irrespective of what group they were part of, all participants received 29 hours of training.

Before and after their training, the participants completed various IQ tests (WASI, WIAT-II, and WISC-IV) and a standardized scholastic aptitude test (SAT). The relational skills training group improved their scores on all but one of the tests. Meanwhile, the Scratch group did not experience any significant increase in their test scores, IQ or otherwise. 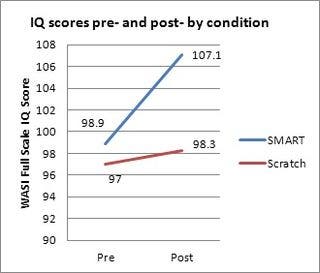 What makes relational skills particularly interesting in a brain training context is the fact that the study’s participants saw improvements in both standardized reading and spelling tests. That’s despite the fact the SMART intervention didn’t specifically train these aspects. As such, the findings suggest that SMART intervention has a “transfer of effect” to broader cognitive abilities, which a lot of other training programs have sought  to do(and failed in the process).

It seems like relational skills intervention offers the most promising avenue for boosting cognitive abilities or recovering intellectual deficit. Research in this area is still in its early days, though, so more studies will be required before scientists might reach a definite conclusion.

At the end of the day though, while these sort of interventions, gimmicks, and brain games might help raise your IQ, that doesn’t mean you’ll get smarter. What I mean is the way you approach challenges and solve problems in real life shouldn’t change too much — unless your day-job involves guessing the next shape in a sequence of inverted squares.

[UP NEXT] What’s the highest IQ in the world (and should you actually care?)