Rapper 2 Chainz got married in Miami to his longtime girlfriend—with a tuxedoed Lil Wayne and a white tiger in attendance—last weekend, but he isn’t taking too much time off for the honeymoon. 2 Chainz will be in NYC early next month to headline the free 2018 Genius IQ/BBQ in Brooklyn. 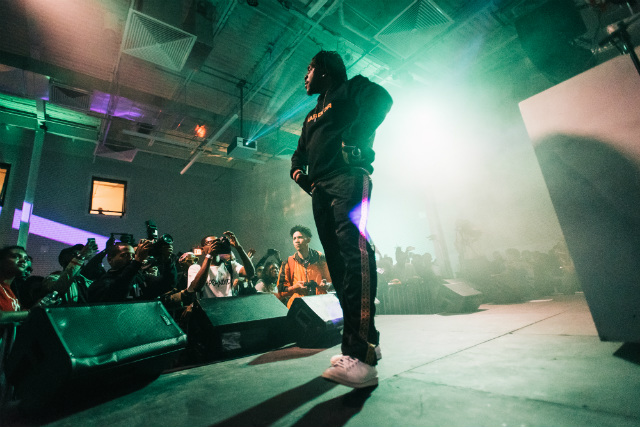 In case you’re not super familiar with some of those artists, we highly recommend checking out Tierra Whack first thing. If you’re looking for a really good way to spend 15 minutes today, we can’t recommend her debut album, Whack World, enough. It’s 15 whimsical, wildly creative songs that slide between indie pop, rap, and R&B, all packed into 15 head-spinning minutes. And it comes with a full visual accompaniment you can watch below. You’re unlikely to hear better songs about eating fruit salad or mourning a dead dog this decade.

In addition to the music, there will be BBQ fare by Bareburger, Salt & Bone and 7 Day Weekend, popsicles by People’s Pops, and an all-day immersive, multiplayer music trivia contest “that aims to crown the ultimate hip-hop and R&B scholars by sundown.”

“Everyone on the Genius IQ/BBQ lineup is moving music forward in exciting new ways, from a lyrical icon like 2 Chainz to mind-bending young artists like Tierra Whack,” says Brendan Frederick, Genius’s Chief Content Officer. “This is going to be a day for all creative people to come together and get inspired.”

Genius IQ/BBQ is an 18+ event open to fans. Tickets are free and will be available beginning Friday, August 24th at noon at iqbbq.genius.com.